Too Much Fabric! Is there such a thing??? 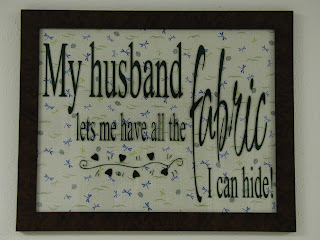 My friend Tyna, in Alaska gave this to me while I was there. I just can't help but think it is the best thing I have seen lately. It's a wall decal, but I decided to put it on a frame and use a piece of a great fabric from Japan that another friend gave me for Christmas. I believe that Tyna found it on Etsy, but you can also go to FreckledHound.com to see more of these fun things!

An update on Mt Redoubt, it did manage to blow the night after I left. I am so sad. My dream was to get stuck up there for at least a month or so. No such luck! On a better note though, the folks in Soldotna weren't to impacted by it, at least so far. The most of it is going towards Talkeetna and Denali National Park. You have to feel for the folks in the path though. It will be a mess to clean up. I hope not to many of the animals are impacted by it all.
Posted by Calicojoan at 9:14 PM 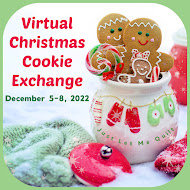 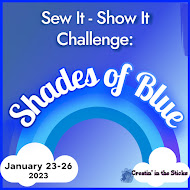